“Ms. Bigfoot: A Fanfiction” is a short film I made with R.D. King. To watch the film, go here. After we showed the movie in several film festivals, we decided to expand the project by designing an immersive installation in which the film would play on loop.

We constructed the first version of this installation at Public Space One in Iowa City. 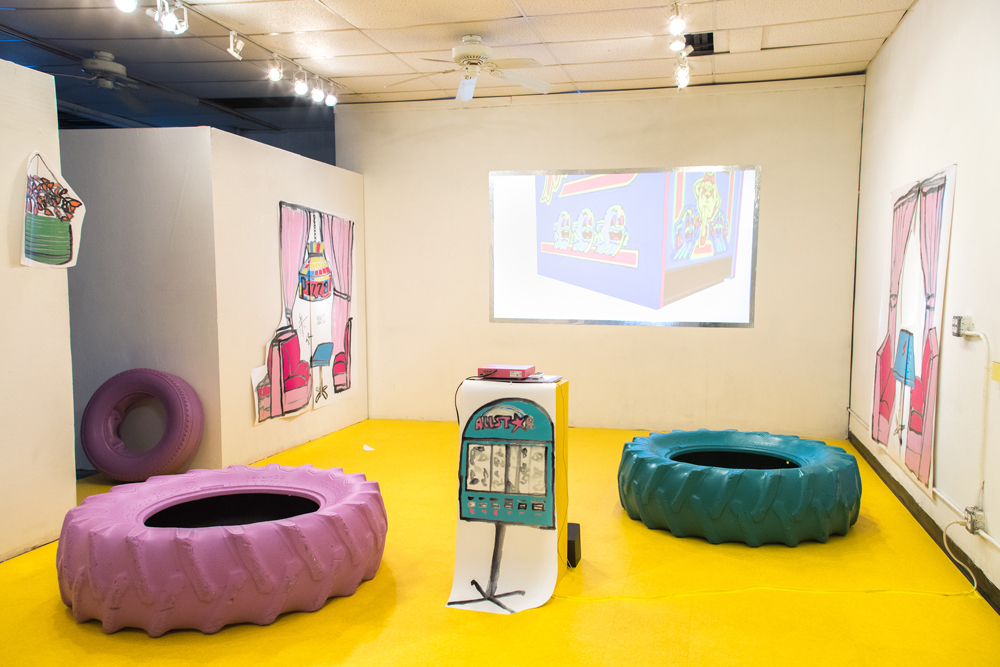 The viewer is invited to have a seat on a pastel tire and watch the film from inside of a crudely drawn teenage hangout/chain restaurant. 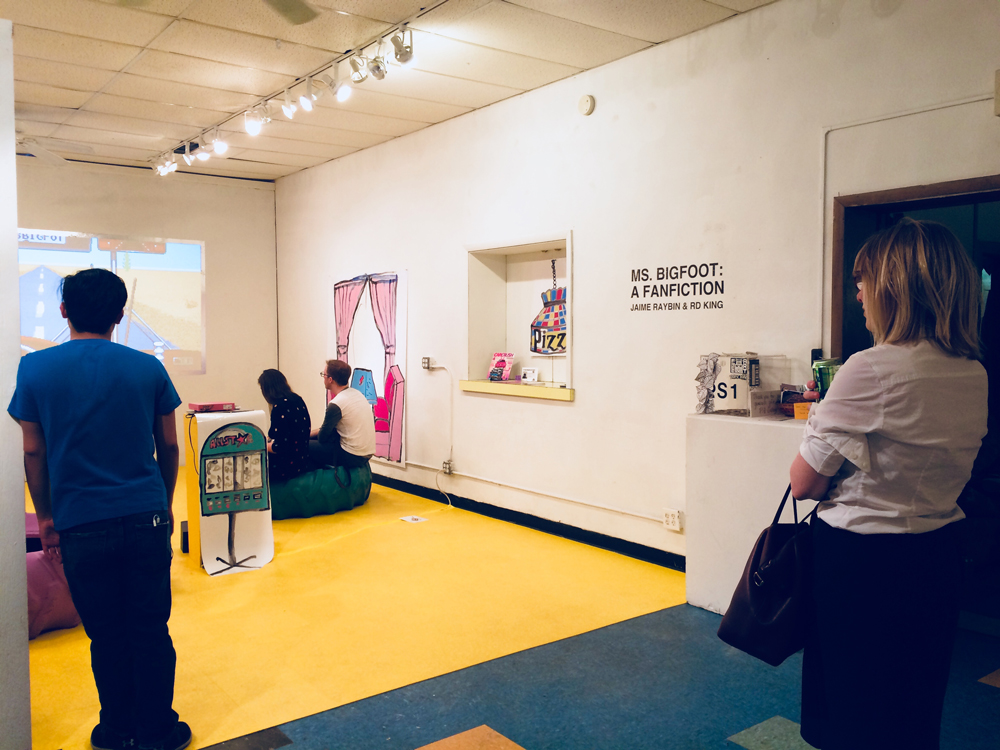 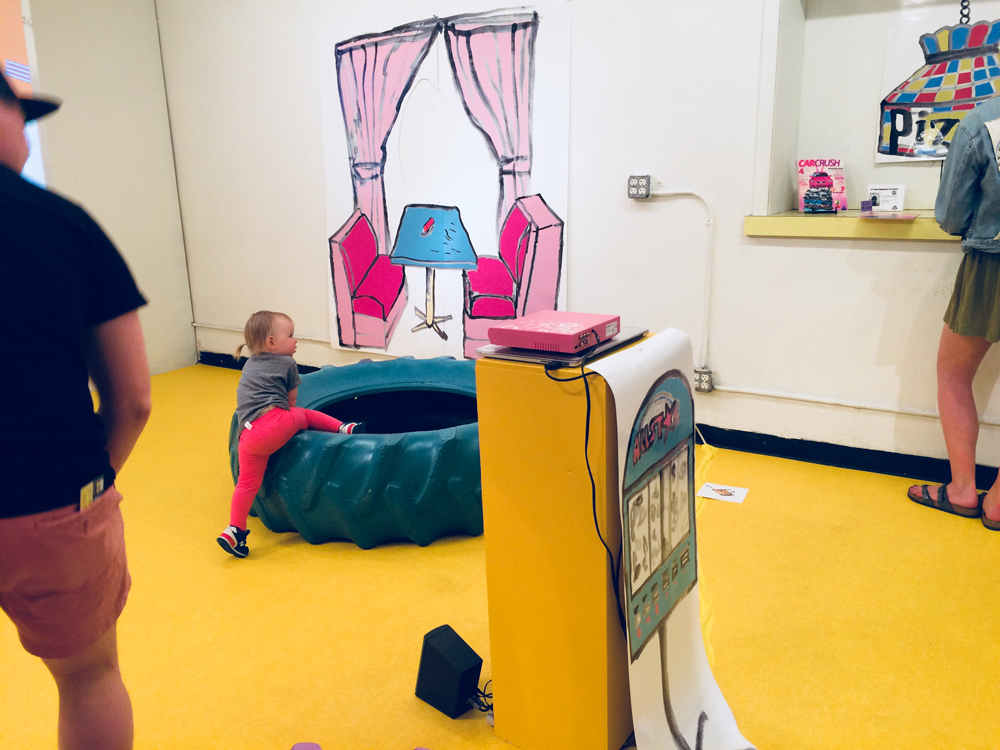 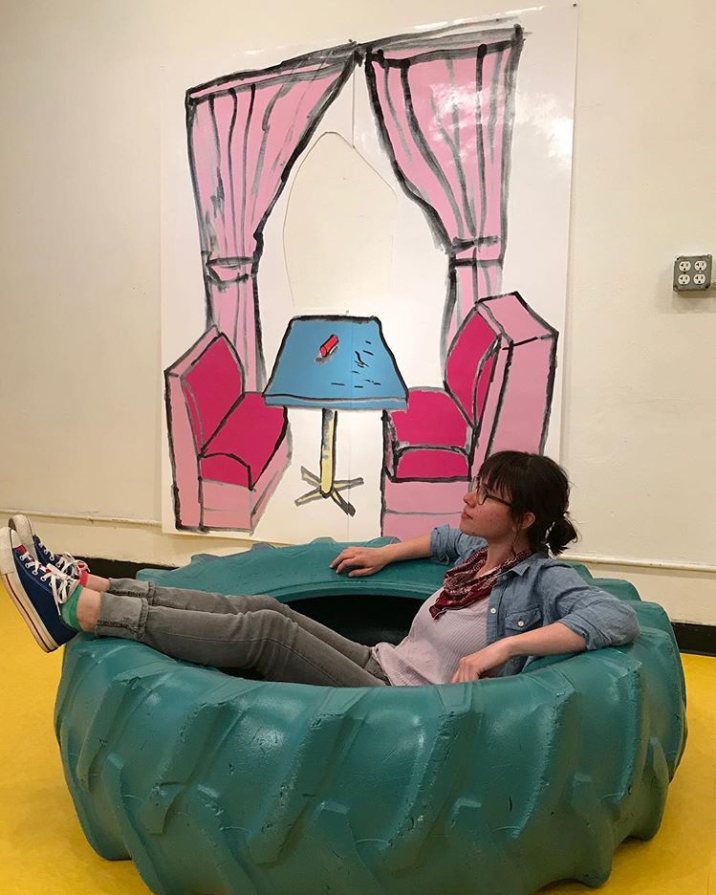 A few months later, we did a second version of the installation in the back of a U-haul. 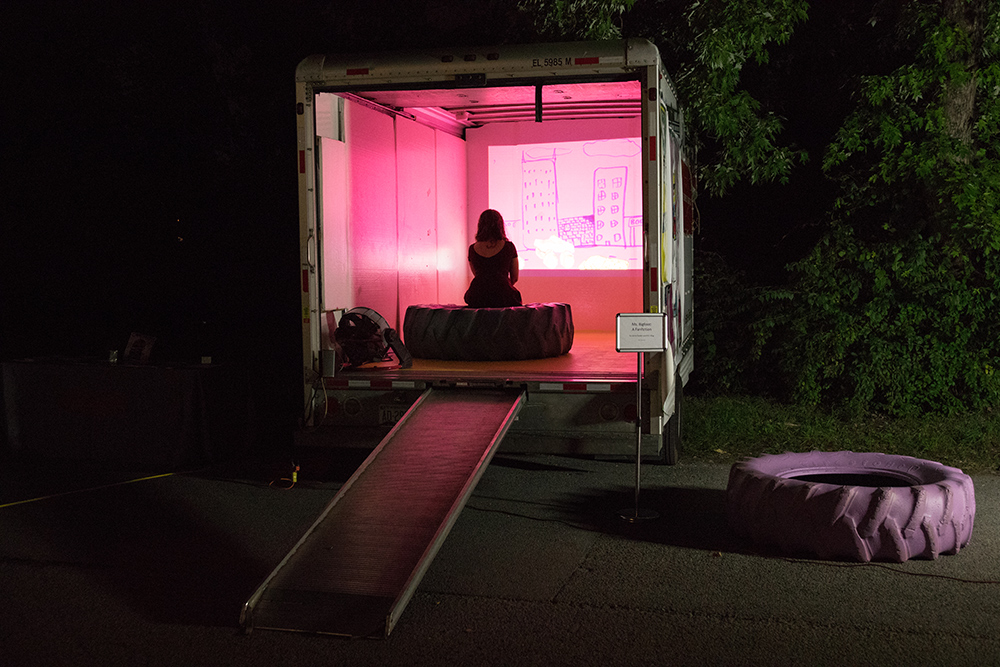 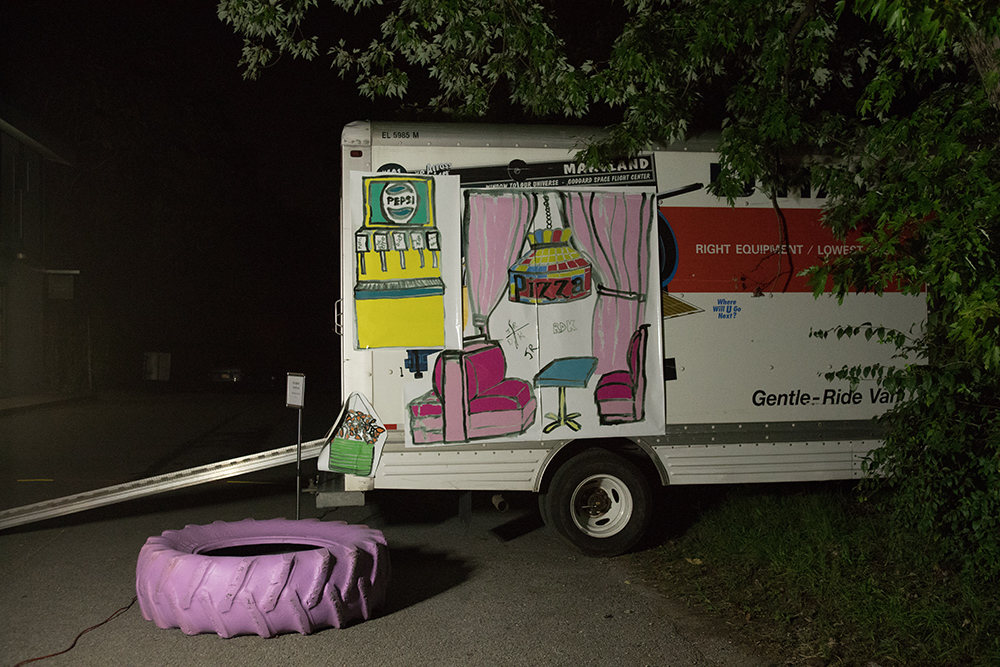 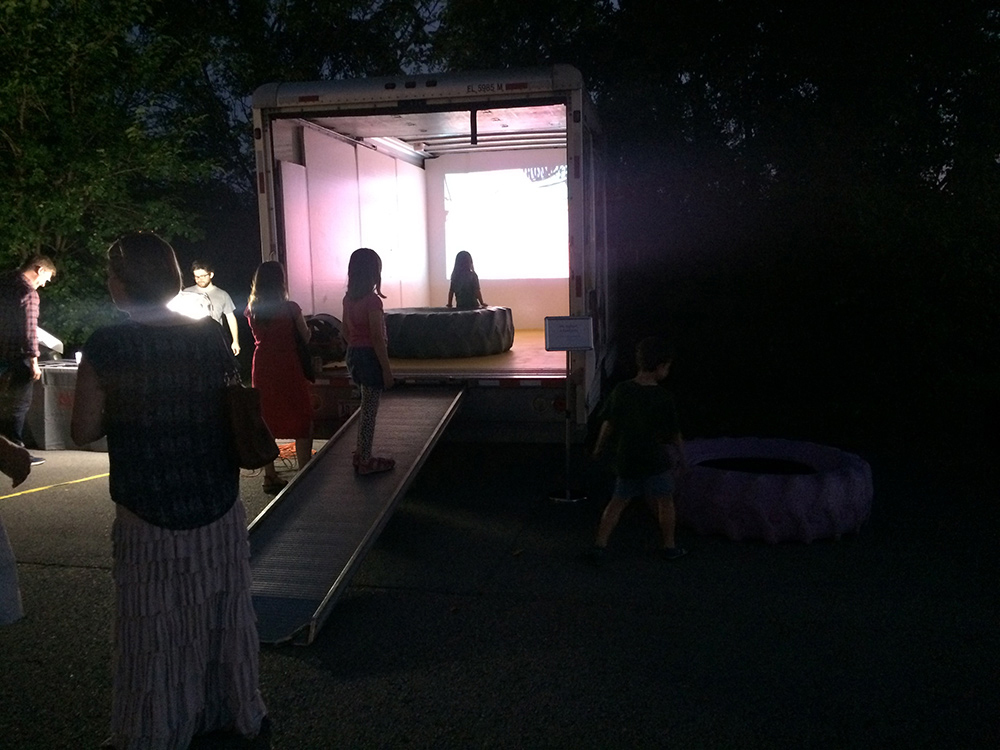 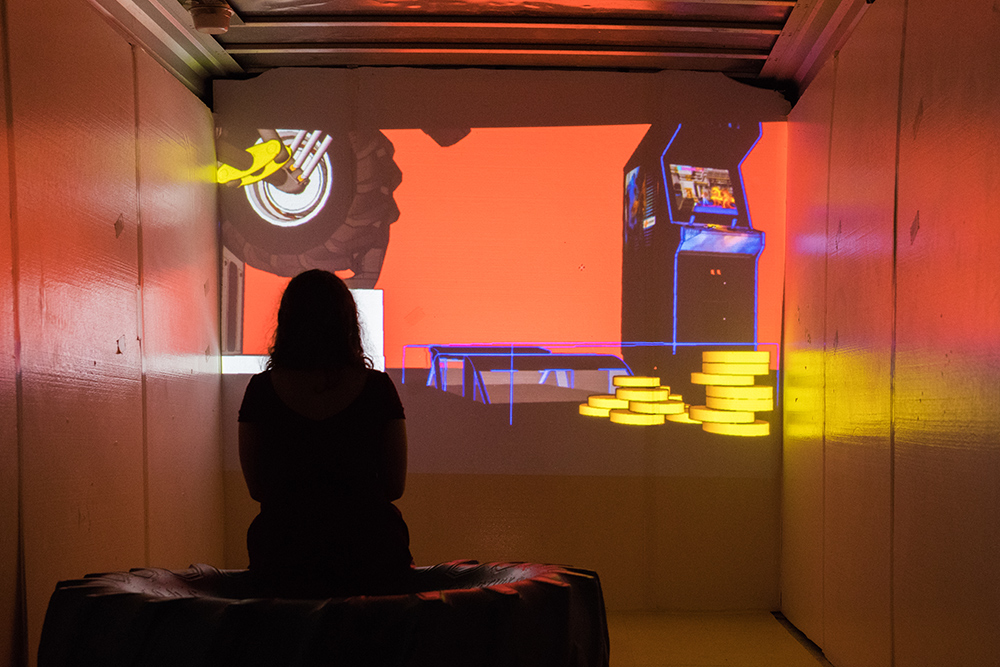